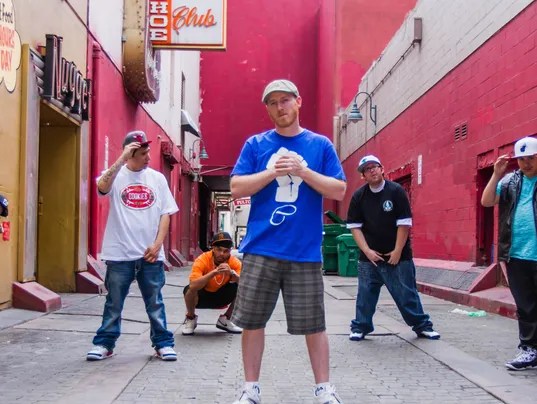 The fourth annual Reno Hip Hop Awards runs 7 to 11 tonight at Bodega Nightclub, 555 E. Fourth St. Admission is $10 for the age 18-plus show featuring faces and voices from Reno’s populous rap and spoken-word scenes. Among the 20-plus performers slated between envelope rips are Black Rock City Allstars, Keyringz, and Jus’Me. The slate of presenters is nearly as long. SkyTip Media owner Chase McMullen will host, Veronica Vengeance will hand trophies, DJ Plan C will flow, and Motivated Motion Dancers will shake.

Founder Dan Hubbard said his team of organizers — including McMullen, Joe Bond of Keyringz and Shannon McDowell of Mztyk Promotionz — will ensure no energy lag in the lengthy event recognizing 2013 achievements by hip-hop artists living, playing or performing in the 775. Entries by solo acts, groups or collaborators numbered 156 in 14 categories including song, album, video, live performance, album art, and mixtape. There also is an award for best producer. (Check submissions at http://rhhawards.com/?page_id=4.)

Winners were chosen from online submissions earning the most public votes in February, with final honors determined by some 50 judges culled from local insiders plus headliners and suits outside Reno.

Hubbard spoke with the Gazette-Journal before the event.

Question: Why did you found the Reno Hip Hop Awards?

Answer: It was something I felt the scene needed and could support. We have a big scene flourishing in Reno. We have artists who’ve been doing hip-hop 20 years.

Q: What attendance have you seen, and what do you expect tonight?

A: The number of entries grows each year. For attendance, we’ve averaged 400 people from every aspect of the scene — producers, DJ’s, T-shirt makers, artists, managers, promoters, street-team members. But the public is kind of on the fence. We average 50 to 100 people who just want to check this out, saying, “I have a couple artists I listen to, I want to find out what these other 12 artists are about.”

Q: What forms or sub-genres were submitted?

A: Reno is a huge melting pot. We have artists who grew up in New York and sound like the Wu-Tang Clan, and artists who grew up in L.A. and sound like Snoop Dogg. We are amazingly influenced by Burning Man, and the Black Rock City Allstars use EDM club beats and put hip-hop over it, and they’ve won a ton of awards. We have acts who enter, and they play churches and coffee shops. Apprentice (Richie Panelli) will play Friday night at the Hip Hop Awards and Sunday at a church. It’s very diverse.

Q: What accounts for the vibrant hip-hop scene in Reno, 130 miles removed from a truly large urban area?

A: One reason why hip-hop is so dominant right now — this is more of a worldwide reason — and brings in more people than maybe rock, is it’s more of an American Dream story. Hip-hop wants the underprivileged to take over and become the best. Some guy who has nothing and becomes Bill Gates. It’s a backbone to hip-hop. It’s what the country was made off of. It’s also more accessible. You can buy a computer for $500 and it comes with just about everything you need to record a hip-hop song, put it on YouTube and get some feedback. It’s more accessible than getting a guitar in your hands and recording a song. If you do a show with three rock bands, you got instruments stacked up backstage and can’t even walk around. But if you have 10 hip-hop acts, every one’s got a flash drive.

Q: Which local hip-hop artists are making names outside Reno?

A: There’s tons, but nobody has hit that tipping point yet where they’re getting the radio play, big booking agents, scouted by big management. We have a bunch of guys — DeSaint, Akbadd, Young Duse, KeyRingz — focusing on videos and getting hundreds of thousands of views worldwide. Black Rock City Allstars have taken advantage of their show performances, and play probably 20 festivals in the summer, and have 100,000 people at those festivals. 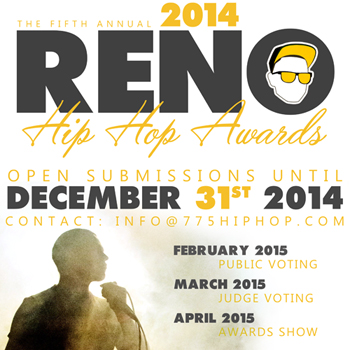